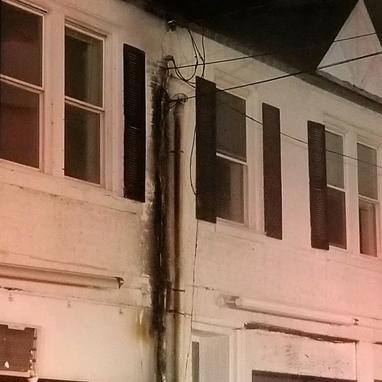 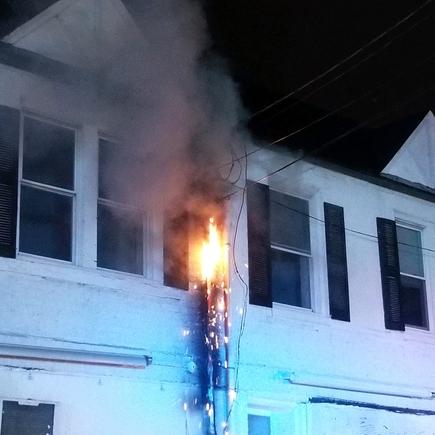 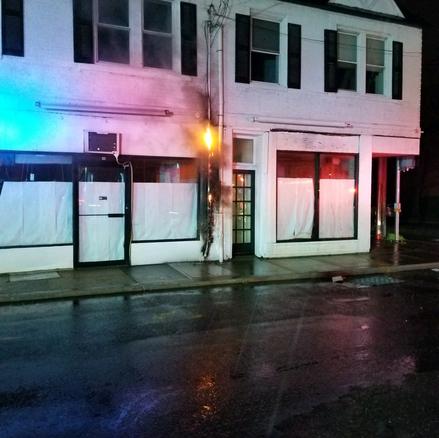 On Friday 4/26/19 at 2123hours, the Mineola Fire Department was dispatched to a report of wires burning on Roslyn Road. Upon arrival Chief Connolly (1600) and Assistant Chief Magalhaes (1602) encountered an active fire on the exterior of an occupied multiple dwelling. Energized electrical fires are ways a challenge as the conventional extinguishing actions of water often do not work and can endanger first responders.

Recognizing the potential hazards, there was a great coordinated effort by the entire department. Engine 162 placement by Engine Three Captain Freitas (1613) demonstrated good judgement establishing a water supply while moving out of the path of potential falling wires.

Truck Two Captain Wolf (1612) had his crew establish secondary means of egress for occupants inside. Engine One Captain Fernandes (1611) coordinated a protection line to insure no extension to the exposure. Damage was contained to the exterior of the structure with no extension.